Happy Holidays with a little bit of icing.

I had this amazing plan that Ellie Bear and I would decorate Christmas cookies.  It was foul proof.  I say this because I bought a kit from Target.  I didn't attempt to bake and the kit came with icing and sprinkles.

As with most things when a preschooler is involved, it did not go as planned.  First off, Bear pitched a fit because she did not want the star cookie.  She wanted the snowman.  Mom, read my mind!

Then she pitched a fit when I put a little bit of fluffy white icing onto the snowman cookie.  NOOOO!

Then she pitched an even bigger fit when I added the rainbow-colored sprinkles  Clearly the world was ending.

Chunk-A-Love grabbed the plastic knife and the icing container and went to town.

Apparently, I was doing it all wrong.  Of course one is meant to consume the icing directly from the container with a knife.  My child is a genius.

Today Ellie decided to see how many of Snow White's Dwarfs she could channel within 2.5 seconds.  I believe she maxed out at 3.

The Chunky Chicken thought it would be a good idea to boycott her nap.  I strongly disagreed with this idea and attempted to veto her decision by placing her in "quiet time".  My veto did not hold a lot of power over her because it sounded as though a circus was being performed in her room.  Defeated, we left for Ellie's follow-up with her ADHD doc.

She actually made it through most of the appointment okay.  By okay I mean she didn't move the exam table across the room like she usually does.  Bear was tired by the end.  Exhausted Sleepy Bear.

As we were leaving, Ellie started to crankily scream "BYE BYE BYE" to everyone while clutching her baby doll, stuffed Sofia, and stuffed Snow White (yes, she travels with her own entourage).  One of the nurses said "are you grumpy?" to which Ellie stated "Nooooo!" and frantically signed "happy".  After which she promptly threw herself onto the floor crying and carrying on.

But she is happy, folks.

Dear Santa, I would like the Fisher Price Princess Castle.  It is pink and purple and makes noise.  I would also like. . .


Ah, Mom.  Yes, I see you still have that camera glued to your face.

In related news, Ellie seems to have figured out that Santa is a "papa" and as such brings wrapping paper and bows presents to good little girls.  Since Ellie is always a good little Bear, she has compiled a wishlist.

(note these are typically signed everyday upon waking followed up by signing "car" because she knows we do not have these in the house.  Occasionally, we will go so far as to hand me my shoes so that we can go in the car to buy said items.) 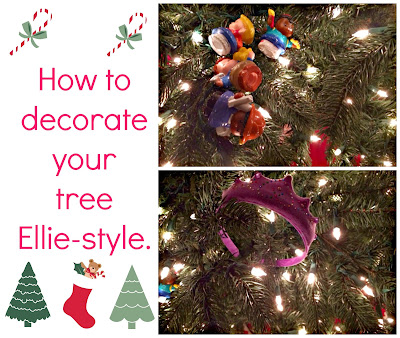 This past weekend we celebrated Breakfast with Santa.  Of course Ellie had to wear her Sofia the First PJs.  Princess Bear seems to be getting the whole Santa thing.  Sit on Santa's lap.  Scream "TREE!". Santa gives her candy or present.  Oh to be young again! 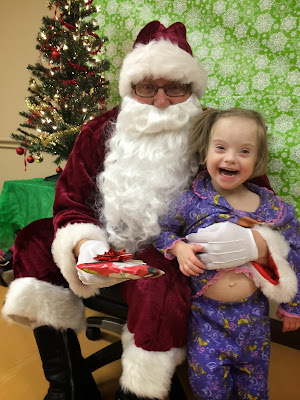 Email ThisBlogThis!Share to TwitterShare to FacebookShare to Pinterest
Labels: Ellie Antics, The Many Faces of Ellie

Since I have lived in Austin, Andrew and I have attended a somewhat pot-luck Thanksgiving gathering and R and M's house.  This tradition started way before I was even in the picture.  It was famous and yummy. Andrew's parents would even trek down from Plano to attend this delicious event.  There were sides galore, deep-fried turkey, smoked turkey, and even slow smoked brisket.  Oh and the desserts!  A foodie's dream.  Then we learned that R and M were going to New Mexico this year.  (As well they should! They should see family and get a Thanksgiving off once in a while!)  This was catastrophic you see . . . it is well known that I do. not. cook.

First off, I have set a microwave on fire.  I kid you not.  And it was recently.  As in the past 3 years.  The stench was so toxic and horrible that my perplexed hubby had to toss the exploded microwave to the curb immediately.  What was I microwaving?  A waffle.  Yes, I managed to catch a waffle on fire.  I blame the chocolate chips.  While the kitchen is still standing, I typically do not exercise my lack of culinary skills, but we had to have Thanksgiving. 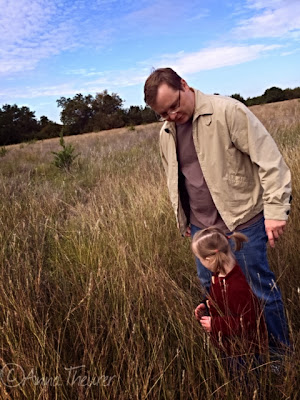 So here I am hosting our first Thanksgiving ever.  Andrew is smoking a brisket.  He is a pro at smoking. . . Yes, we do smoke. A lot.

Imagine my relief when I discovered that Pok-E-Jo's BBQ would sell Thanksgiving sides for a very reasonable price.  I may have screamed an orgasmic "yes yes yes" when I placed our Thanksgiving order over the phone.

Here is what I did:

Bake 7 large sweet potatoes on a foil-line cookie sheet for 1 hour at 350 degrees
Allow to cool and remove the skins
Add to a mixing bowl the:
-potatoes
-5 TBSP of butter
-1/2 tsp cinnamon
-1/4 tsp nutmeg

Mash mash mash. Mix. I was going to add some milk or whipping cream if it got to thick or stiff, but I think I used enough butter to keep it moist.

Spread into 9x13 baking dish.
I made mine the day before so I covered them with foil and chilled them.

Day of:
Bake at 300 degrees for 45 minutes.
Change oven to Broil.
Sprinkle top of sweet potatoes with marshmallows.
Place back in oven and allow to lightly brown on top.  This will happen FAST so don't turn your back.

And it was delicious and scrumptious and most importantly, NO ONE WAS POISONED.  Everyone who dined on my sweet potato casserole is still alive and well.  In fact, they are healthy!  It is those antioxidants in the sweet potatoes, you know.  I would like to say that no one was injured, but alas, my oven attacked me and my forearm is now sporting a nice 2nd degree burn.  Eh, just another reminder as to why I shouldn't cook :-)

What did Ellie think of my sweet potatoes?  She refused to try them.  She even refused to have them on her plate.  Chick-A-Boom chowed down on brisket and bread instead.