guilt
ɡilt/
noun
noun: guilt
1 1.
the fact of having committed a specified or implied offense or crime."it is the duty of the prosecution to prove the prisoner's guilt"

Guilt is a funny thing.  Based off of the definition, I needed to have committed and offense or crime.  The fact of the matter, I feel guilt and yet, I haven’t exactly committed a crime.  Instead, I feel guilt over what I have been putting Ellie through these past 2 months with her ADHD.

I’d love to tell you that we found the right medication and she is now able to sit still, is less impulsive, and is no longer easily distracted, but that would be a big, fat lie.  It has been ADHD baptism by fire medication roulette . . . and I did this to her.  I am the one who wanted to take her off the Risperdal. I had great reasons, but still, I am the one who took away the medication that was working for her.  This goes to the saying “if it ain’t broke, dont’ fix it”.  Well it wasn’t broken and I haven’t fixed it.  Who suffers for it?  My innocent little girl. 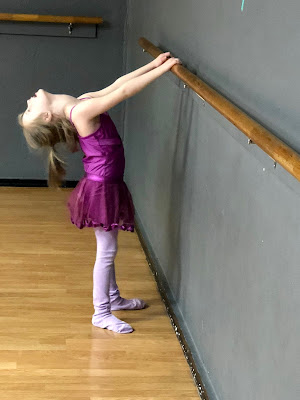 Sometimes all you can do is cry in the Starbucks bathroom.

It’s funny how I felt like the sh*t hit the fan on Wednesday with all the following that happened before 10:30am, mind you, and then you lose your calm demeanor a few days later.  Yep, that is what happened. Now of course on Wednesday I was all ready scream out some unpleasant words, but I am trying to be all ladylike and whatnot here in this post.

Wednesday consisted of a cardiology visit for a high heart rate because endocrine freaked out over her HR of 120 (normal for 8 year-old is 70-110 beats per minute [bpm]).  Ellie’s daytime baseline is 10-137, so yeah, it is rather high.  However, it should be noted her HR has been consistently elevated for the past 3 years and not 1 of her doctors ever cared.  Bear successfully made it through the EKG and echo, but cardio gets the bright idea to do a 24 hour holter monitor to monitor her heart rate and rhythm.  Um. . . right.  Surprisingly, Bear kept the monitor and the 5 electrodes on the entire time. Obviously , I felt it necessary to get that puppy attached to her in such a way she would really have to work to get the thing off. I had tons of tape, 2 abdominal binders, and two shirts to help keep it all on. . . well sort of.  Because I love drama, when I went to remove the monitor, I discovered that the top two electrodes we not completely snapped on!  A few more inappropriate 4 letter words popped out.  Did it happened when I was pulling off the tape?  Did it happen in the middle of the night during her wild acrobatics while sleeping?  Or was it like that the ENTIRE time after the med assistance set it up?

Of course, because she doesn’t have enough going on, I noticed she had thrush (oral yeast infection) while screaming during her exam.

Oh great!  So I call the PCP and beg her to just prescribe the Nystatin over the phone and not have us come into the office.  Okay, I didn’t beg, but I totally would not have been above begging.  Seriously though - Thrush!?  I know it is from her steroid asthma inhaler, Qvar.  It can be a risk which is why you are supposed to wash your mouth out afterwards.  We did that!

On top of that (yes, I am still on Wednesday), she stank.  Badly like stinky feet mixed with sewer sludge [don't worry, it was better the next day].  I was trying to figure out where the rank odor was coming from.  It was emitting from her cecostomy tube!  It always smells a bit there is some liquid stool back up, which is why we keep it covered with 4 layers of gauze.  Oh no, this smelled way worse.  The ostomy site didn’t look infected and she didn’t have a fever so I didn’t freak out too much.  I decided that rather than figuring out who I am supposed to call - radiology, GI, PCP, wound care nurse, or ostomy nurse, I would do the wait and see approach.  Thankfully, the damn tube which, by the way, does its job, but I bloody loathe with every ounce of my being, will be replaced under anesthesia on the 23rd.

Oky, back to cardiology.  The doc refers us back to nephrology for high blood pressure and high heart rate.  For real?  We are really really really trying to go for an even dozen number of specialists here. Some people collect baseball cards, Ellie collects doctors. In her defense, this is something cardiologists typically do and also her urologist referred her back in October (I sort of ignored that recommendation - sigh not sort, I purposefully ignored it).  However, since April, the 3 years of high BP resolved it self.  Her BP has been normal for months!  So here I am trying to figure out why I need to make yet another doctor's appt.  I mean, Bear asks to go to the doctor because she likes the stickers, but I don’t!

So back to the whole guilt thing.

The last time I wrote, Bear was just coming off the Vyvanse due to uncontrolled full body movements and tics.  We decided to try Adderall XR.  Things seemed to be going okay.  School said her behavior has been great, but it was wearing off after 3 - 4 hours.  We saw some oral and arm movements, but she had some back before we ever started stimulants with her 4 years ago.  We increased the dose of Adderall XR [long acting] and later added in a booster dose of Adderall [short acting]. Bear started to get up before the roosters at 2:00am every morning and not falling asleep until 7pm that night.  Hindsight is 20/20.  Years ago, this sleep disturbance was happening.  I never attributed it to the Adderall seeing as Drew and I both have insomnia and she ended up having a sleep study showing apnea.  So the movements continue.  We stopped the Adderall XR and switched to Adderall - AM and afternoon.  Friday afternoon I speak with Ellie’s aide.  Yes, her behavior is great but she is still distracted thus requiring lots of redirection, but her facial movements are mostly gone while she still has some arm movements.  Time to call neuro. . . . again.  Then it happens.  Midway through her after school ABA session, the oral movements return along with the body movements.  Okie dokie.  Time to stop all stimulants immediately and send another frantic message to neuro.

Ellie was on Adderall for 3 years without anything other ADHD medication.  For 3 years, it was a miracle drug.  So what happened?  Were the movements occurring because the Adderall XR was still possibly in her system?  Or did her brain get rewired and it was the Adderall?  I don’t know and frankly, I don’t care.  There are tons more medications to try, but I am done.  Bear is done. She needs a break.

I don’t know about y’all, but I am going to decompress with a chemed from the Red Horn Coffee House and Brewery Co, a book, and later, an excursion to an office supply place - there is just something about those post-its and colored pens.